Later, he'd grown to like Aladdin, and knew that Aladdin would wish to get out of there if he was conscious By getting 'confirmation', he could say that he did it in good faith and it used up a wish. Aladdin might dispute it, but I doubt Genie would have given him a pass a second time.

When he said no more freebies, it was magically binding statement. No more freebies means exactly that. Alladin agreed to it, making it a binding contract.


However, even then, Genie fudge it a bit to save Alladin's life. Alladin never actually formally said it was a wish, Genie chose to interpret the head bob as one.

You have to say "Genie, I want you to save my life. Aladdin's head droops I'll take that as a "yes". Genie turns into a submarine Upscope!

Genie: I'm gettin' kinda fond of you, kid. Not that I want to pick out curtains or anything Genie: I would've done mouth-to-mouth, but I don't find you that attractive. Jafar: You will order the princess to marry me. Sultan: I Iago: Ya got a problem, Pinky?! Aladdin: Phenomenal cosmic powers! Genie: Sure you can! You just go, holds Aladdin's head and uses him like a puppet "Geenee, I wish you fwee! Jafar: Ha ha, Princess! Iago: I can't believe it! Just forget it! I'm so ticked off that I'm molting!

Jafar: Patience, Iago. Gazeem was obviously less than worthy. Iago: Oh, there's a big surprise. We got a big problem here, a big— [Jafar holds his beak shut]. Iago: Oh, wait a minute, wait a minute, Jafar! What if you were the chump husband?

Jafar: What?! And and uh Jafar: smiles evilly Ah, marry the shrew. I become the Sultan. The idea has merit. Iago: excitedly Yes, merit, yes!


And then we drop [ makes himself look plump like the Sultan ] "Papa-in-law" and [ makes his shape petite ] the little woman off a cliff! Genie: Quick! Quick, wish for something outrageous, say "I want the Nile.

Aladdin: Uh, I wish for the Nile! Aladdin: Abu! Abu, this is no time to panic! Iago: Awk! The lamp! Where'd you dig this bozo up? 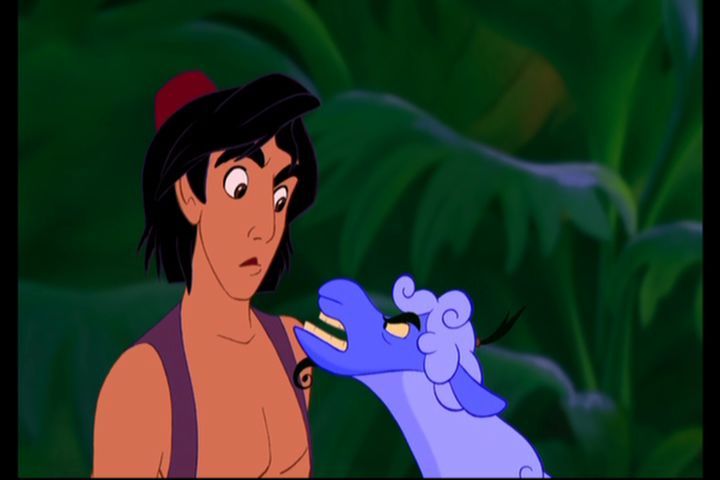 Iago: With all due respect, your rottenness, couldn't we just wait for a real storm? Genie ': Rick 'em, rack 'em, rock 'em, rake. Stick that sword into that snake! Jafar : You ssssstay out of thisssss! Genie: complete deadpan Jafar, Jafar, he's our man. Genie: She's smart! The hair! The eyes! Pick a feature! Jasmine: seductively sauntering over to him A fine prize for any prince to marry Aladdin: realizing Uh Jasmine: Right Jafar: It's mine! It's all mine! Genie: Excuse me? Are you lookin' at me? Did you rub my lamp? Did you wake me up? Did you bring me here? 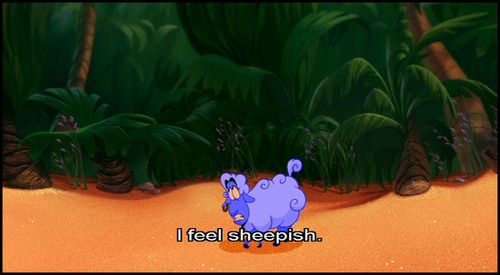 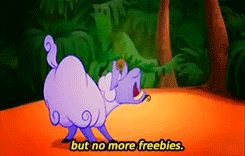 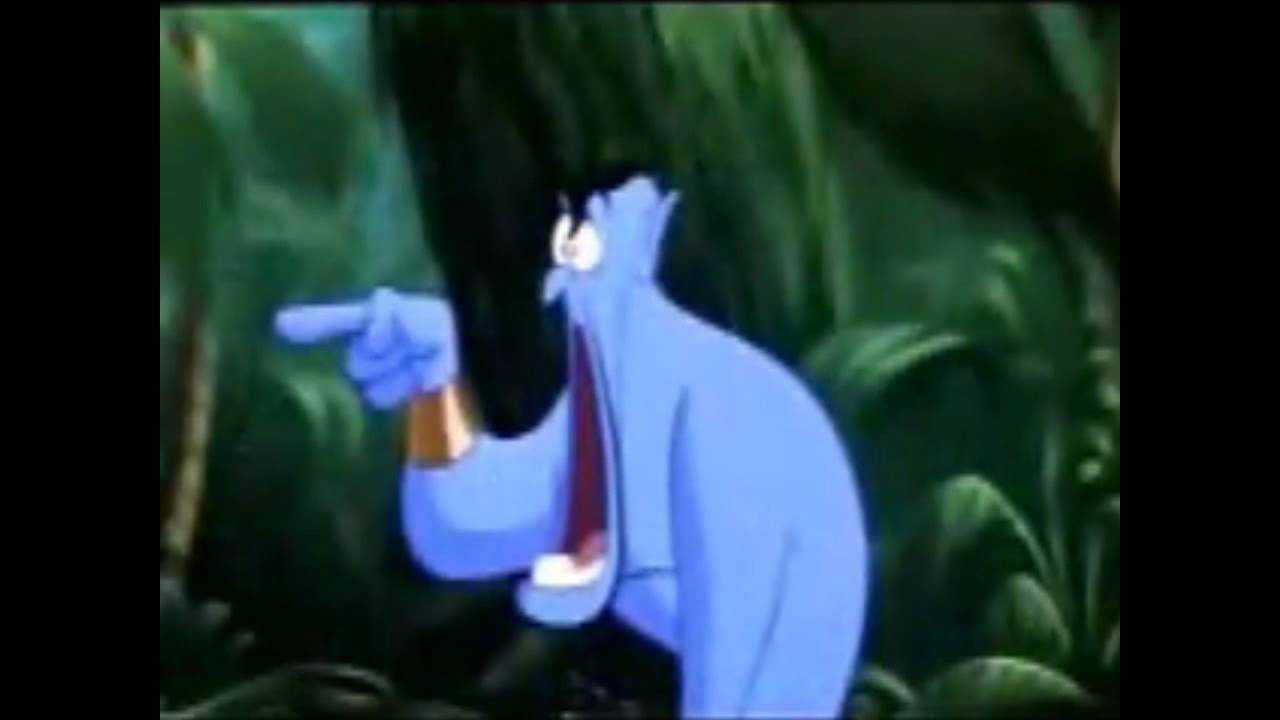